Brings the solar system to life for young astronomers
Model features the Sun and eight planets
Encourage children to observe how the planets orbit around the Sun
Cover “the Sun” with the constellation dome to create a planetarium
Major constellations are labelled
The Sun doubles up as a night-light with auto shut off!
Requires 4 AA batteries (not included)
Features multilingual packaging and activity guide packed with interesting solar system facts
National Curriculum Reference:
Year 5: Science – Earth & Space:
Describes the movement of the Earth, and other planets, relative to the Sun in the solar system
Describes the movement of the Moon relative to the Earth
Describes the Sun, Earth and Moon as approximately spherical bodies
Uses the ideas of the Earth’s rotation to explain day and night and the apparent movement of the Sun across the sky 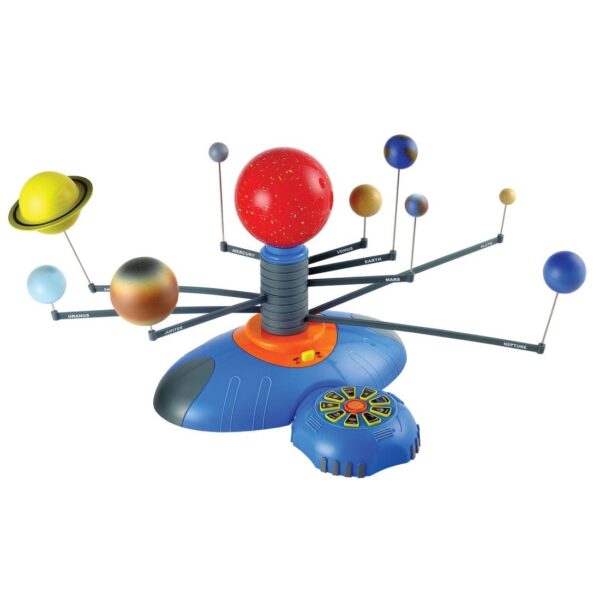 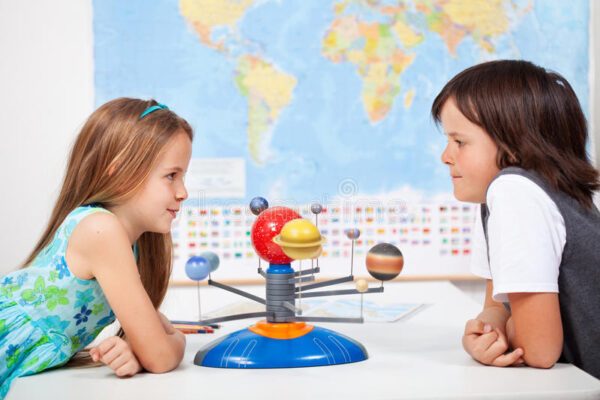